Kirovsky mine in terms of underground mining of 11.5 million tons of ore per year has a leading position not only in Russia but also among the ten largest mines in Europe. Currently, he is the biggest production unit of JSC “Apatit” and in the future they will remain. 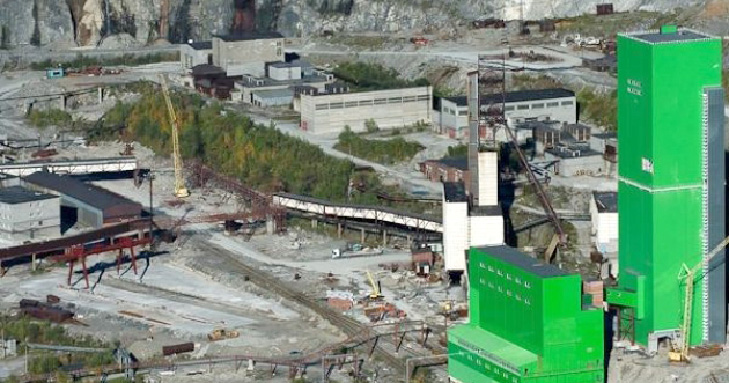 The Kirovsky mine are current technologies, powerful and reliable equipment, a polygon for scientifically research researches today. In formation and development of the mine several generations of miners — tens of thousands of people have put forces and knowledge. On the mine over 20 km of excavations are annually passed; for production of breaking ground of ore more than 700 km of deep wells are drilled. Extent of the main rolled away developments makes more than 60 km and all of the operated developments — more than 300 km that is comparable with a length of highways of the Moscow subway.

History PAPALEO is inseparably linked with history of the Kirovsky mine.

In summer 2004, a new horizon of 172 area “VRT-1”, began the first tests of electric K-14A, converted renovated under the AC drive is manufactured by “CHERGOS” (St. Petersburg). The aim of the test was to prove the advantage of the electric drive with vector control, with over contactor systems. Later, it was planned to remake the locomotive in “Sparka”, under which it was projected and actual mine. The test results fully confirmed the theoretical calculations, both the dynamic performance and in terms of reliability and maintainability.

Since the beginning of operation of the equipment there was a question of formation of group on repair and technical maintenance of park. For the solution of this task the management of the mine has allocated two specialists who were trained in St. Petersburg. In an effect, with growth of quantity of electric locomotives, there was a need for strengthening of group. However it has been decided to arrive differently — to create structural division of the PAPALEO company on the Kirovsky mine on repair and service of electric locomotives. Thus, there was opportunity not only to support park in working order, but also to quickly test new perspective developments.

In 2008 the decision to refuse converters of the CHERGOS company, and to completely modernize all electric equipment which is a part of an electric locomotive has been made, being based on independence (modularity) of blocks of a set. The basis was formed by the five-wire tire (3 wires of the CAN interface and 2 supply leads of 24 V) passing through all nodes of an electric locomotive having “intellectual” management. The quantity of such nodes, has also increased. The design of blocks has changed.

In 2009 the first electric locomotive equipped with the self-produced drive has left assembly shop. It seemed, in it is literally all necessary for the driver and the repairman — the “smooth” controller of the driver on the basis of the joystick, the color touch monitor containing a diagnostic system, testings and archivings of parameters of work, new ultraprecise rotational speed sensors of the engine, onboard converter of tension 24 V. No tests in the conditions of a haulage have shown unexpected results. Everything from the above-mentioned began to fail gradually. Neither replacements of nodes on new, nor numerous completions helped. Perhaps, only the controller of the driver it was succeeded to pacify.

One and a half years of drudgeries later it has been decided to follow the known principle: “You want to make well — make!” and, instead of purchased nodes, own have appeared. The monitor has lost colors, but has found reliability. The rotational speed sensor became simple and easy in installation, and also to operation (at the same time I have considerably fallen in price). The onboard converter of tension has found monoblockiness and the lawful place on the tire of management. Common industrial engines have given way traction with the strengthened isolation and specially picked up characteristics. And the main frequency converter has again changed a design. It has been decided to combine two of its independent sections in one having increased output power twice. Traction engines thus turned on in parallel, and the rotational speed sensor was installed on the front drive. Thus, it was succeeded to unify all models of “light” electric locomotives, modifying only program part. For “heavy” electric locomotives still each drive was controlled the converter. In such look the “basic” set of electric equipment of KTE-PPL-03 has lived (2016) up to now.

Together with the ZUMK-Trade enterprise (Perm) development of the first Russian heavy electric locomotive of K-20 has begun spring of 2012. It was supposed to take experience of the Canadian and Slovak cars as a basis, having modernized at the same time a running gear, and also valve system. The electronic part was based on KTO-PPL-03 set. The SETK company (Tomsk) was responsible for development of engines and reducers. Mounting of electric equipment for the lack of time is had been decided to be made in the territory of repair depot of the Kirovsky mine. As this electric locomotive was the second (the first has gone to the Yakovlevsky mine), the notes on mounting which have arisen by the first car have been considered. The purchased module of the LOGO expansion which in an effect has been also decided to refuse because of low reliability was added to a design, having replaced it with a relay diode logic. 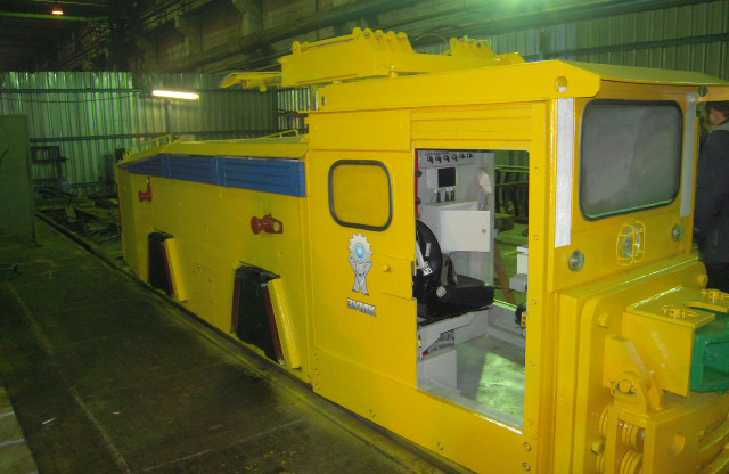 Now (2016) the park of electric locomotives with the frequency drive on the Kirovsky and Rasvumchorrsky mines of JSC APATIT contains more than 30 cars. Work on modernization and improvement of electric equipment is constantly conducted. Among the last developments system of radio control and system of video surveillance. Soon the module of “a black box” will be available. Other perspective directions are investigated.