Mines of Talnakh are the main source of raw materials of Polar branch of the Norilsk Nickel Mining and metallurgical company which conduct extraction of sulphidic copper-nickel ores. Main ore bodies: large layers with a flat bedding, lenses and veins of rich ores, deposits of the interspersed ores. In the sum stocks of these two fields make, by estimates of specialists, more than 40% of world reserves of platinoids known for today, more than 35% of nickel, about 10% of copper and 15% of cobalt. 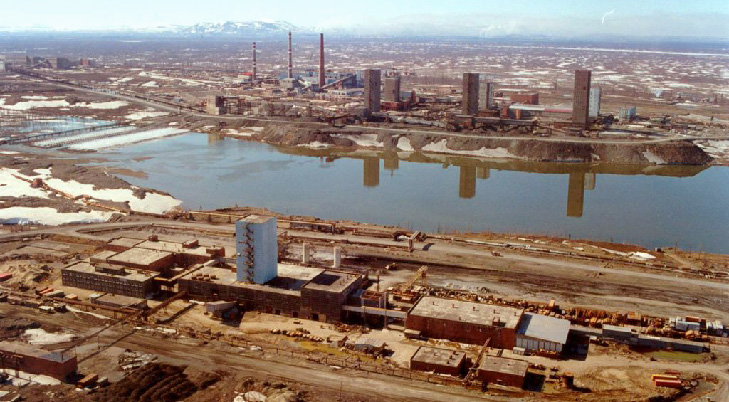 Total length of developments exceeds 450 km, in the territory of mines more than 80 kilometers of railway tracks are laid.

In 2010, the Oktyabrsky mine management decided to purchase three electric K- 14. The main difficulty of the project was in the delivery , as it was planned by the pool of the Arctic Ocean. Electric locomotives had to overcome more than 30 days of travel in the harsh maritime environment of the port of Arkhangelsk to Dudinka and further down the Yenisei. Serious work on electrical equipment preservation has been done.

Summer electric reached the destination and the company’s specialists went to commissioning. At the site revealed that electric transport moved quite well. Reminded of her only traces of salt on buildings (fortunately, inside she has not got). The same day, electric locomotives were put into operation, and the next day the training of experts maintenance and repair. Soon I received an order for two more electric, but from Komsomolsk mine. Commissioning works were carried out at the same time Oktyabrsky mine experts.