The Republic of Macedonia is located in the center of the Balkan Peninsula and has easy access to the countries of the Central Europe, the Mediterranean and the Middle East. The SASA mine is located in northeast part of Macedonia, Osogovo massif (2252 m) near border with Bulgaria and at distance about 150 km to the East from Skopje, the capital of Macedonia. The next settlement — Makedonsk Kamenitsa (12 km).

The maximum extraction of ore (lead and tin ores) has been reached in 1990 and 1991 and has made about 625000 tons of wet ore. Annual average production of crude ore from port timing of mine makes about 450 thousand tons. 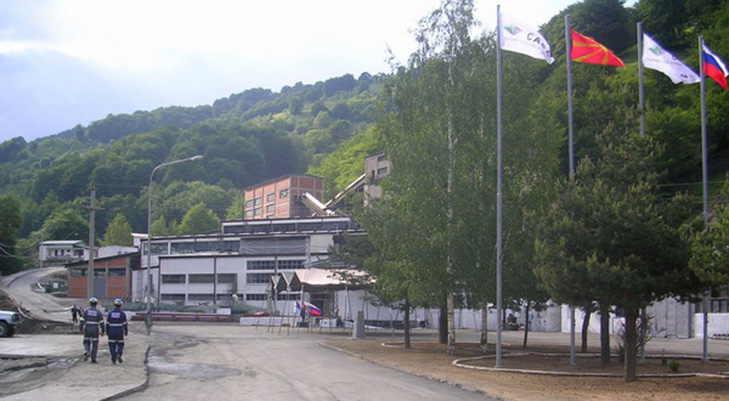 In 2013 the management of the mine has addressed on Aleksandrovsky Engineering plant with the offer on delivery of two electric locomotives of K-10A. Cars are had been decided to be equipped with frequency converters, on the basis of KTO-PPL-3 set. Development of mechanical part laid down on shoulders of manufacturer. Installation works were supposed to be performed in the territory of plant. The non-standard of the project consisted in the increased tension of a contact network — 500 volts. For implementation of intention it was required to process a design of blocks of a set, and also to modify program and the hardware.

Start of cars in Macedonia, has been executed by joint efforts of specialists of PAPALEO in the shortest possible time.

At the moment (2016) delivery of several more electric locomotives is expected.